When you are in deportation you need to find a way to stop it, and ideally a path to lawful permanent residency. One of the most common defenses is called cancellation of removal. If you do not have lawful status in the United States, your specific requirements will differ from those of lawful permanent residents (green card holders) and citizens who naturalized.

Requirements for Cancellation of Removal

During your deportation hearing, you need to show the judge that you qualify for cancellation by proving that you fulfill the following three requirements:

The court will not help you look for evidence of continuous physical presence. However, you can use anything that shows you have been here. Learn more in our Proving Continuous Presence or Residence blog post.

Immigration courts have said that extreme and unusual hardship must be more than the typical hardship that you might expect of someone’s deportation. Your family member cannot just struggle after your hypothetical deportation, but must truly face extreme and unusual hardship. For example, one court ruled that losing your home and all family ties is not considered extreme or unusual because anyone should expect to lose their home and all family ties with a deportation. Don’t take this lightly. Look for any and all of the evidence that you can possibly find.

Acceptable forms of extreme and unusual hardship will vary depending on which family member your deportation would affect.

Children can only be used as qualifying relatives for cancellation of removal as long as they are under the age of 21 and remain unmarried. Until the day the judge grants you lawful permanent residency, your child must continue to meet these two requirements. Make sure you stay on top of your application so that your child does not age out during the process. Also, make sure your child understands that they must wait to get married until the day you are granted lawful permanent residency.

You will need to work closely with your immigration attorney to gather evidence and prepare a detailed statement about each aspect of your case. Documents such as medical, tax, and school records are all typically used as evidence. You will also need to submit birth and marriage certificates to the court. Sometimes obtaining these documents can take a while, so request them as soon as possible.

Give these materials to your attorney as soon as possible because the immigration court has very strict filing deadlines. You do not want to lose your case because you procrastinated for too long.

After you submit your statement and evidence, your attorney will present your case to the court before an immigration judge. Then you will wait for a decision following your hearing. By law, Immigration gives only 5,000 final decisions every year, but so many people are in deportation that Immigration regularly exceeds the decision limit. Stay in close contact with your attorney after your hearing in case there are any additional steps you need to take before a final approval.

Once your cancellation of removal application is approved, you will eventually get your lawful permanent resident card in the mail. It should be backdated to the date of your final approval. Waiting for your card will likely seem like a long time, but don’t worry. Once you get your final approval, you are a lawful permanent resident of the United States. However, do not travel until you have proof of your residency, or the physical copy of your green card.

You May Not Qualify for Cancellation if:

Even if you meet the three requirements listed above, if you have committed any of the following crimes, you probably have to find another way to stop your deportation.

Some of these crimes seem pretty serious, and some much less so. For example, writing a bad check is considered a crime of moral turpitude, or going against good values. Many terms used to define these crimes are confusing. This is why it is important for you to have a good criminal lawyer who is willing to work with an experienced immigration attorney.

This is not a complete list of crimes that can prevent an undocumented immigrant from qualifying for cancellation of removal, but they are the most common:

Courts can give you a restraining order, which forbids you to have contact with someone. This includes asking someone else to contact the person who filed the order against you. The United States takes restraining orders very seriously. If you violate a restraining order you can be deported, even if you have been a lawful permanent resident for decades.

6. Voting before you are a United States citizen

7. Conviction for a controlled substance

If you have more than one offense for possession of 30 grams or less of marijuana, you are deportable.

If you have one offense for possession of 30 grams or more of marijuana you are deportable.

Even though a number of states have legalized marijuana use, it is still considered illegal by Immigration and the U.S. federal government.

9. Failure to tell Immigration that you have moved, and have a new address

If you change addresses, Immigration requires that you inform them within ten days of moving, or you are deportable. This rule applies to anyone who is not a United States citizen. You can update your address with USCIS on their website.

10. Failure to register as a sex offender

Moral turpitude means that someone has done something so bad that their community would consider it shocking, or evil. The term confuses most people, but examples of crimes of moral turpitude include: murder, kidnapping, robbery, and aggravated assault (threatening someone’s safety).

For Immigration, a deportable, aggravated felony can include any of the following convictions:

Other Cancellation of Removal Options

If you do not qualify for standard cancellation of removal, you may still qualify for other solutions. You are not limited to one application. In fact, you can apply for anything for which you qualify. For example, if you are a victim of domestic violence or another crime, you may apply for VAWA or U nonimmigrant status. Alternatively, a qualifying family member could apply for you within the family-based system.

A good immigration attorney can help you determine your best options.

VAWA cancellation of removal helps immigrant victims of domestic violence leave their abusers. To qualify, your abuser must be:

Alternatively, you may qualify for VAWA cancellation of removal if you have a child with a U.S. citizen or lawful permanent resident who abuses that child. In this case, you do not have to be married to the abuser.

One advantage of VAWA is that you need only three years of physical presence. Also, you continue accruing time even after you have been put into deportation. Also, if you are not married to your abuser, you may still qualify for VAWA if they are a United States citizen and you have a child together who is also being abused. Learn More

Asylum protects people who cannot return to their home country due to fear of being persecuted because of their race, religion, national origin, political opinion, or particular social group. Usually, you must apply for asylum within one year of entering the United States. However, you may still qualify for asylum if things have recently changed in your home country and you now fear returning due to this type of persecution. Learn More

United States citizens and green card holders can petition for certain family members to get lawful permanent residency. If you have a qualifying family member, ask them to petition for you. Often spouses petition for one another, but if you marry while in deportation, Immigration will suspect marriage fraud. In these cases they will often interview you to determine whether your marriage is legitimate or not.

Lastly, if your family-based petition puts you in the priority system, you will still have to wait until your priority date is current before you can receive your immigrant visa. If your priority date is several years away, the court might not allow you to wait for it in the United States. This situation will often vary because many judges have different time frames that they can allow cases to remain open.

Learn more on our Family Based Green Cards page.

Detained Immigrants with Lawyers are:

If you are in deportation, now more than ever, you need the help of an experienced and honest Immigration attorney. Immigration law is detailed and complicated, and we urge you to rely on a well-trained lawyer for help. 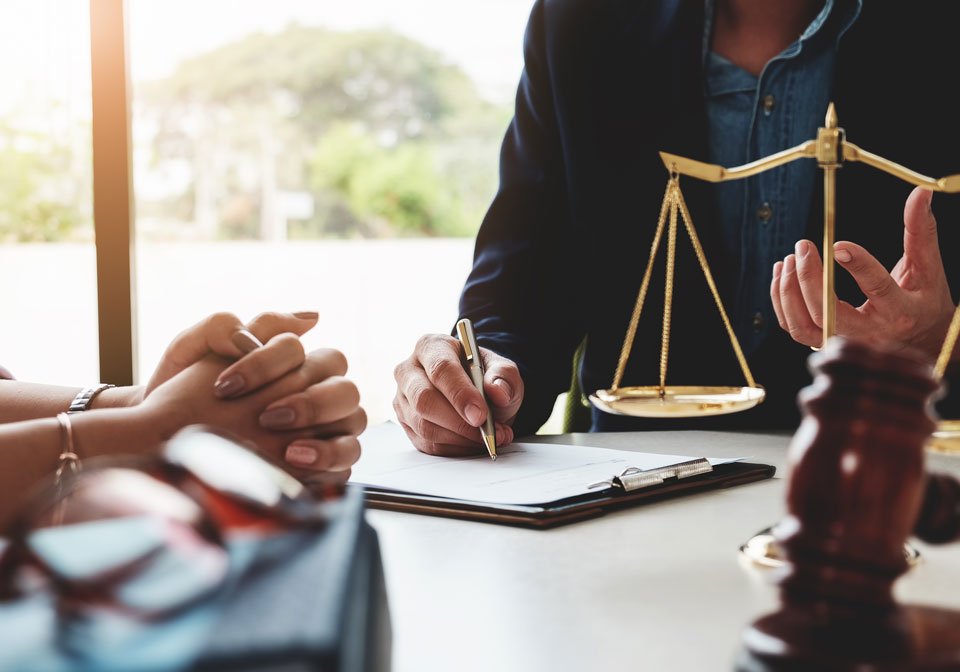 When you have to depend on your lawyer to help you navigate and understand your options, it is especially important to find someone trustworthy and competent. 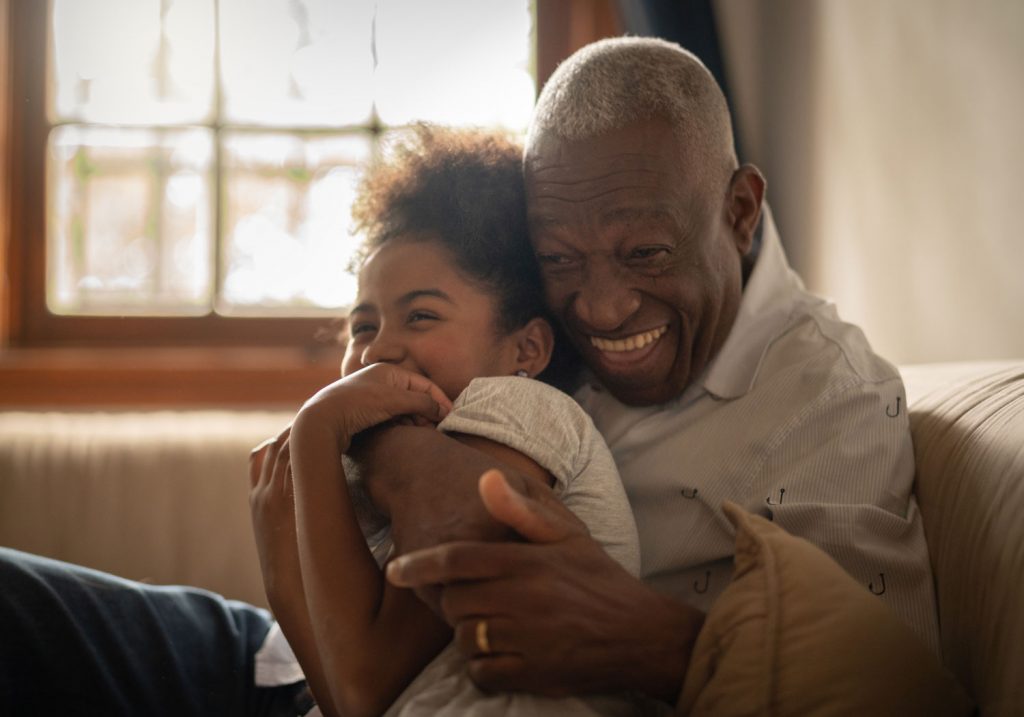 Family based immigration helps unite families who want to be together. However, not all relatives are able to apply for one another. Before you attempt to petition for a family member, it is important to understand if you can petition through the Immediate Family Member of a U.S. Citizen or if you must use the Priority System. 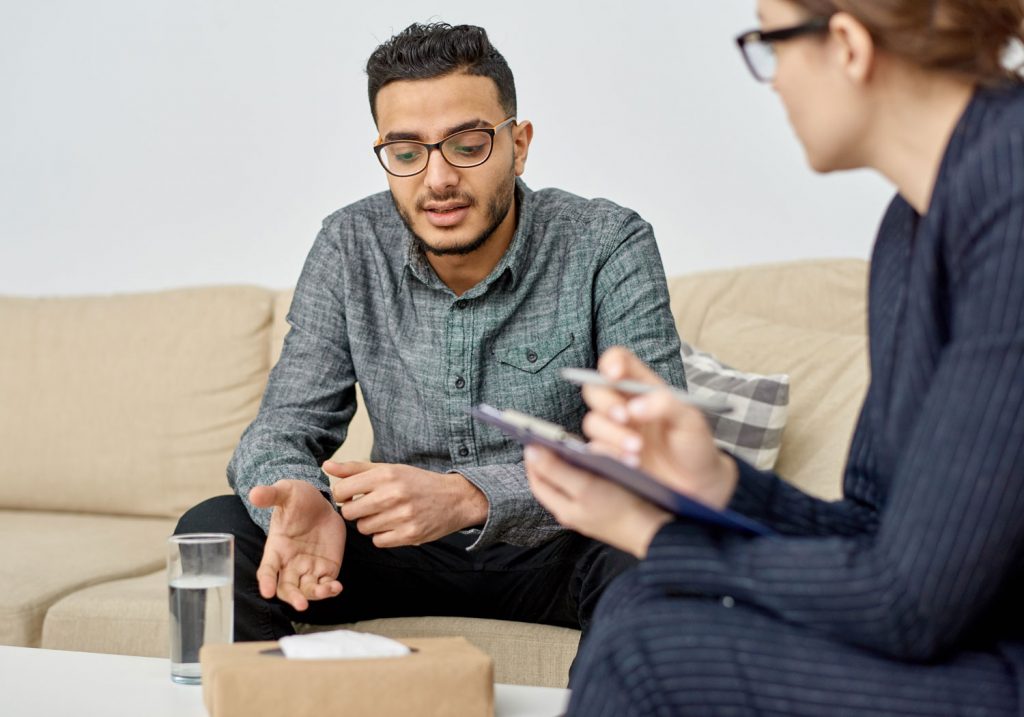 The cancellation of removal for immigrant victims of domestic violence is often called VAWA cancellation. VAWA (Violence Against Women Act) cancellation is available to both men and women. If you qualify for this special deportation defense, Immigration will overlook certain aspects of your case that would otherwise prevent you from obtaining a green card. For example, you do not have to be in the United States for as long as other green card or cancellation of removal applicants.